On this day, he was silent, scorching and sharp. Upul Tharanga was taken in the slips by Virender Sehwag, Sri Lanka managed just 31 from the first But, now they were subjected to one of the most aesthetically pleasing demonstrations of destruction. Mahela Jayawardene did nothing to suggest violence. Every stroke was impeccable and followed the coaching manual to perfection. And they found the gaps in the most meticulously set fields.

Every boundary hit was a statement in class. Every placement a fine art on its own. Skipper Sangakkara departed two short of fifty, getting an under-edge trying to cut Yuvraj. Chamara Kapugedera was sucked into self-destruction by a slower ball from Zaheer. The score read for 5 at the end of 40 overs and the Indians were still smiling.

But at the other end, Jayawardene went on and on, as if on a different strip, ground and zone. With Jayawardene stroking boundaries with the touch of elegance, Nuwan Kulasekara launched into the bowling with gay abandon. Zaheer, with 25 from 8 overs so far, was smashed into the stands over mid-wicket. And when Jayawardene got strike, he cut between the point and short third-man for four.

The next ball was a trademark Zaheer yorker that swung in. The Sri Lankan maestro hit it over mid-off for a boundary to bring up his hundred. The Indian speedster finished with 60 from his 10 overs, 35 from his final 2. Sri Lanka had belted their way to With the final adding several dimensions of pressure to the chase, this was going to take some catching. And with the slung in yorkers of Lasith Malinga and the doosras of Muttiah Muralitharan to deal with, India did have a task on their hands.

The Indian start could not have been more disastrous. Malinga got Sehwag second ball, wrapped on the pads, rooted to the crease.

It was reviewed without consultation, as in the semi-final , but the decision stuck. Gambhir punched a four past square-leg off the first ball he faced. It was a statement made, although aided by a misfield. The Indians were not about to be intimidated by an early wicket. Sachin Tendulkar was in imperious form. He had started the tournament with two hundreds, had scored a half century in the quarter-final, and a chancy, bizarre 85 to top score in the semi-final. He started with a three off Kulasekara. Two overs later he had driven one down the ground and square cut another for boundaries.

The 33, at Wankhede sensed something special. The master was looking in supreme touch.

And then Malinga broke millions of hearts. The ball swerved away, and the attempted steer took the edge through to Sangakkara. There was going to be no epic played according to the script for Tendulkar. More importantly the Indians were 31 for 2. Virat Kohli and Gautam Gambhir however did not show any sign of resignation. The approach was practical, professional, common-sense.

In between, of course, Kohli took time off to essay some scintillating flicks off even the best of balls. When the bowling Powerplay was taken immediately after ten overs, Gambhir skipped down the track to Perera, converted a good length ball to a half volley and drilled it for four. The intentions were clear. The fight was on. Suraj Randiv was used before Muralitharan. Gambhir was focused on twisting the initiative away. He almost paid the price. The third ball from the spinner was on the leg stump, and the left-hander drove inside out.

It went to long-off, eminently catchable, but Kulasekara responded late. It would prove very, very costly. Muralitharan was introduced in the 19th over. The batsmen were set. The pitch did not really help, and the champion spinner made little impression. The runs were coming quickly. At the other end, Dilshan was superbly cut away for a boundary by Kohli. And off the next ball, the game turned again. Kohli drove hard and Dilshan stuck out his hand.

It was an amazing catch, and the young Delhi batsman walked back for And at for 3 in the 22nd over, Dhoni famously walked out, promoting himself ahead of the man in form Yuvraj Singh. The Indian captain had scored just in the last seven innings. Yuvraj had scored heavily all through the tournament before falling for a golden duck in the semi-final. The required run-rate was nearly six, it needed to be maintained for One mistake and Dhoni would have poison dipped questions launched at him like millions of simultaneous arrows.

Yet there he was striding in, the face betraying little emotion. Later he explained that he had wanted to keep the left-handers in the line-up separated, using the left-hand right-hand combination to the fullest. Besides, he read the doosra of the mighty Muralitharan better than any other man in the middle order.

Yet, how many captains would have put their heads on the chopping block like that? The Indians played Muralitharan with respect, the rest as par the merit of the ball. The singles kept coming, and occasionally the field was pierced for boundaries.

It stung Sri Lanka. Their great bowler no longer held a threat. The balance was shifting. 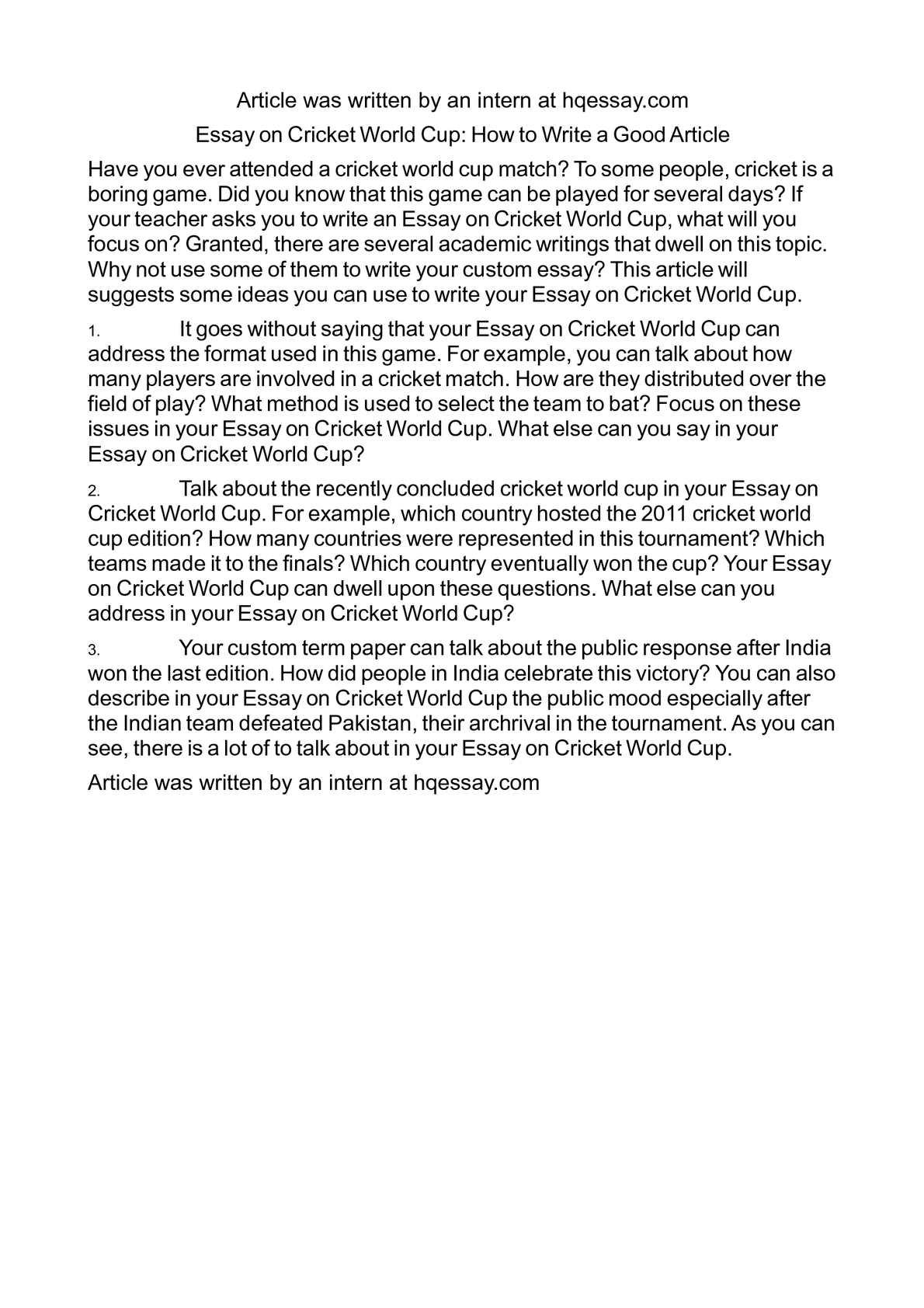 And suddenly Dhoni was into his forties. Gambhir nearing the nineties. Less than eighty were required. The asking rate never too much on the wrong side of six. There had been no spectacular hitting, but steady professional approach. India were on top. Murali came back. The last ball was short. Dhoni blasted it through extra cover. His fifty was up. There was not even a smile from the captain. The bat was almost imperceptibly as an afterthought. The plan of his coming ahead and countering Murali had paid off handsomely.

The match was almost in the bag. Now, on 97, Gambhir committed hara-kiri. The needless stroke cost him a memorable hundred in the World Cup final. But, he had done his job and then some more. It was for 4. The run stand had almost brought it home.

Fifty-three were required with 58 balls still remaining. If Sri Lanka entertained notions of getting back into the game, they were quickly quelled by Yuvraj. Some legendary, overseas performers, artists and singers were also invited to perform in the ceremony in an ultra-modem way.


Generally, it hosted all the matches of the Bangladesh cricket team and two-quarter final matches. Due to the World Cup, strict security was ensured. The airport, the five-star hotels, the stadiums and the roads.

The posters, banners and festoons were placed welcoming and congratulating the cricket teams. The whole city had worn a festive look. This event bears an awful memory and experiences for the viewers.